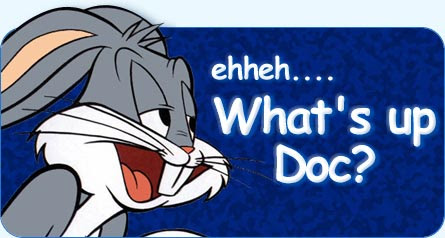 I've been a lax blogger (working too hard). SHP inspired these thoughts.

This from the APA today:


The bill, the Healthcare Truth and Transparency Act, will promote patient safety and informed choice by better distinguishing between physicians and non-physician groups who create confusion by their apparent efforts to cloak themselves in the medical or physician label. As an example of the potential for consumer confusion, your DGR provided our congressional leaders with examples of the growth in the use of "medical psychologist" -- a misleading and frankly meaningless term that is the creation of those in organized psychology who seek prescriptive authority by state legislative fiat, not by virtue of medical education or training. The Sullivan bill says that:


As part of our ongoing efforts to deal withnon-physician scope issues, the APA has also joined a coalition of medical specialties and the AMA in foundingthe Coalition for Health Care Accountability, Responsibility and Transparency (CHART), which is committed to promoting and supporting the Sullivan bill.


Both the Sullivan bill itself, and APA's membership in and support for the CHART organization, together with APA's founding role in the AMA scope of practice center, are concrete examples of our continuing efforts to proactively respond to the psychology prescribing struggle. We hope theapproach taken by the Sullivan bill willoffer our District Branches and State Associationsa template for relatedefforts in the states. At a minimum, enactment of the Sullivan bill will provide a means at the federal level of addressing efforts by non-physician groups to use tactics that may mislead and confuse the public. As part of our ongoing campaign to assist our District Branches and State Associations, APA is also working on other legislative "templates" that we hope will be of use in playing offense as well as defense in the states.

Trick-cycling's post about nurse practitioners and physicians, along with today's well-timed announcement, made me think of posting this. I do find still that many folks don't know their ologist from their iatrist. Now there's the urse actitioner. The legislation would require these non-MD providers to correct patients, when asked the question, "What's up, Doc?"
Posted by Steve & Barb on Wednesday, June 28, 2006

It seems to me that there should be a simple "category" for people working in counselling. Something like:

A good friend is a Harvard trained child psychiatrist. He's very good at many things: He's attrocious at doing my wife's job, (I saw him try ...).

NeoNurseChic said...
This comment has been removed by the author.
June 28, 2006

IDENTITY CRISIS:
Roy, help. Suddenly, my life as a blogging iatrist has changed: Blogger, which says I have too many cookies (I ate them all, I swear) won't let me it to correct typos, but worst of all, it's just automatically RENAMED me. I am no longer "dinah" and for unclear reasons everything I do is labeled Shrink Rap. Can you get me out of this place? Oh, now it looks like I might be Dinah again. Who am I? Who ate my cookies? Why? Do I have a problem? Is NSA involved?

Good point, Liz. The NP I mentioned is a man, and I'm sure many assume he is a nurse as a result. Interesting, given that 58% of the med students at University of Maryland are women.

NeoNurseChic said...
This comment has been removed by the author.
June 29, 2006

Oops. Sorry. I think I had just read your profile (which mentions LizzPiano) and extrapolated to Liz.

Be careful with those flag cookies, Carrie. If you burn them in the oven you could go to jail.

Did you know the first time I read you using the iatrist (and ologist) terms that I use, I got really hurt and went off in a huff and didn't come back for awhile.

Course, then I realized it is NOT all about me, and came back. Hee hee. I get rather paranoid sometimes. Then tho I started thinking you were making fun of me . . .

Aaah it's catching, now Dinah's do ing it! Teehee. Actually, I'm flattered if you got it from me, and you aren't mocking me (gee, would my having a mocking, derogatory iatrist have anything to do with my thinking others are the same way? lol), but then again, it STILL isn't all about me (DAMMNIT!!! It'd be nice if it was . . . sometimes anyway . . .)

Hee hee. So tell me if I'm right or wrong or what, cause, well, I hate feeling so stupid. Wait, that sounds like I'm trying to sub someone else's judgement for my own.

Ok, SCRATCH that. (If you have an itch!). Just . . .reassure me if you want to, or whatever else you feel like. Since you would anyway. Maybe.