How Does Siri Help the Mental Health Clinician? 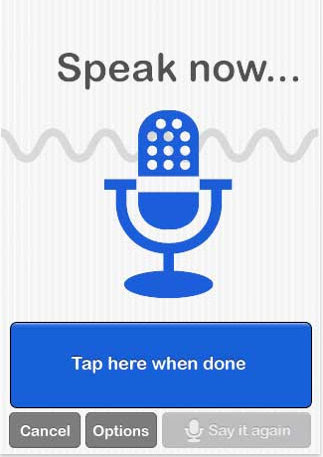 Next week,  it will be my turn to write our article for the Clinical Psychiatry News website.  Over there, we try to have our writing more specifically aimed at an audience of psychiatrists.  I'm going to be writing an article on Siri and the Psychiatrist....in honor of my new iPhone 4s and the "personal assistant" function named Siri.  Okay, I'm obsessed.  Everyday, I find new things it can help me with.  Today, I asked it, "What's the meaning of life."  What, you don't ask your cell phone the finer existential questions?  Siri answered, "All available evidence suggests chocolate."  Wow!  How old is Liza Minelli?  65 years, 7 months, 20 days.  Calculate a tip? No problem.  Convert Celius to Fahrenheit?  A cinch.  And she takes dictation.  "Siri, please text Pt A 'Your lab results are fine.'"  "Siri, please email Jesse, 'Will you write a new guest post for Shrink Rap?' "  Okay, Siri flubs on this....I can't get her to learn that it's Shrink Rap and not Wrap.  I downloaded a Google Documents App so I can dictate....patient notes, my memoir, a few novels, a Shrink Rap post here and there, To Do lists for Roy....  I think I'm set.


So, I'd like your help.  What useful things are you doing with Siri?  How has your iPhone made life as a clinician better?
Posted by Dinah on Tuesday, November 01, 2011

Oh Wow (Steve's last words), I just got a message from Siri!

As of yet, Siri has not had a great impact on my practice, but I have just learned that you can induce her to use Wolfram Alpha by prefacing questions with "Wolfram." To whit: "Wolfram, what is the scientific name of a mountain lion?" It's Puma concolor. Rabbits are Leporidae, and Peacocks, Galliformes. "Wolfram, what is the square root of 2?" And it goes on and on.

The interesting question to me is where will this lead? Will Siri help us understand the forces of the id or to tame the Oedipus Complex?

And is this amazing?

Jesse,
Might I inspire you to work on more useful ways of engaging Siri? The scientific name for peacocks and Benjamin Moore color coding were not problems I was having.

I'm still not sure exactly when I need to say "Wolfram" when I speak to Siri. It seems to convert and calculate tips and calories without saying "Wolfram."

I did ask Siri about the Oedipus Complex.

I should have asked Siri how to spell "wrought."

When I first read the title of this post I thought for a second it was going to be about how Tom Cruise's daughter helps mental health clinicians. Then, I realized it said Siri, not Suri.

"From the details in your contacts, it knows your friends, family, boss, and coworkers. "

That was from Apple's web site, regarding Siri. If you are using Siri for clinical purposes, know that Siri tells Apple everything. Siri--usly, how do you protect patient confidentiality if Siri/Apple knows so much? Sure, paper files can be stolen, so can cell phones. E files are vulnerable to all sorts of breaches. But what would you do if your iphone 4S fell into the wrong hands with all that clinical related stuff on it? Not quite the same as asking Siri where the closest dry cleaner is.

Yikes! Could it be that you psychiatrists have too much time on your hands?!! We other mere medical mortals forge ahead bravely with our iPhone 4's (not 4S!), pen, paper, and occasionally a telephone for dictating! Oh yes, the old computer (Microsoft driven - my billing program don't like Apple) for billings and leaving posts! I suppose that there are only so many things that on can attend to in an average day. And, this is not meant to be a negative comment - if you have the time and knowledge, play away. Of course, I am reassured in knowing that my paper files are perhaps more secure than cyber files (yes, except for fire - that's why I dictate...onto the hospital's cyber system, but that's their problem!)...

Will I sound like too much of a pedantic geek if I point out that hex color numbers are RGB values?

(Why do I bother asking if I sound like a pedantic geek? It's not like I don't already know the answer.. I suppose I'm hoping that it'll be more comical and less irritating if I poke fun at my own geekiness.)

Maggie, I should have said that she converts the numbers to RGB values by showing you a color chip!

Geekiness is next to godliness, some say.

You create good material for community.

Let me introduce other material that may be good for net community.

Siri might work well, but remember that anything you dictate into it will be sent and stored on a server somewhere. That section of speech and text can then be used (under Apple's terms and conditions, but it and its agents).

It might be encrypted part of the way, but for it to be any use to Apple and its agents, it will have be accessible unencrypted.

Therefore no speech that could possibly identify a patient (directly or indirectly, including email addresses, phone numbers, names, addresses or even just clues) must EVER be used.

And remember that Siri will have access to your full contacts list, your audio collection and more.