Can You Ever Go Back? 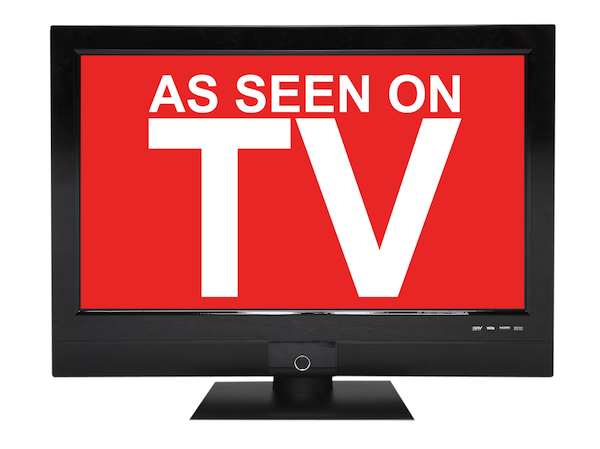 Over on our Clinical Psychiatry News, ClinkShrink talks about the fate of those who have psychotic episodes at work that make national news.  You can read her thoughts Here.  She mentions the Jet Blue pilot who became combative and perhaps delusional enroute to Las Vegas and was held down by passengers, and the airline flight attendant was escorted from her plane last week.  It's bad enough to have an episode of mental illness---if that's what this was-- but to have it announced on  national news makes the recovery all the more difficult.

I imagine that once an event is so public, an employee's stint with that particular organization may be over, though Clink thinks that if an individual makes a full recovery, s/he would be protected by the ADA.  I'm not so sure about this.  I think there are things that can happen as a result of mental illness (or drug use, or a bad reaction to a medication, or as a result of a metabolic or structural abnormality) that there is no going back from.

Email ThisBlogThis!Share to TwitterShare to FacebookShare to Pinterest
Labels: Americans With Disabilities Act

Not quite so easy as ADA protection for some occupations. Pilots and truck drivers holding an interstate license have stringent rules about allowable medications that they can take. For a long time pilots were not allowed to take any medication that was considered a psychiatric medication. Now a few antidepressants are allowed.

That was a well-written article by Clink. I feel sorry for the people who have had those experiences.

I agree - even if the ADA applies, sometimes there is no going back. The ADA requires reasonable accommodations. An employer could make those and comply, but it might not change the perception others have of the employee, as perhaps less competent or unable to put in as many hours. That will come through in performance reviews and the type of work the employee receives, and ultimately, their career at that company will be done. I personally do not even believe in disclosing under the ADA unless absolutely necessary.

Amother good questuon might be - who would want to go back? I'd not want to back to work in a place where I might face painful reminders of an embarrassing psychotic episode.

Thank you for acknowledging the truth that we have no idea what happened to any of the people mentioned in Clink's article.

For the sake of argument, I agree that ADA may not guarantee a return to piloting or flight-attending. I don't believe it should.

Frequently people outside the employer will find out about situations like this and publicize it. I've seen 60 Minutes types of investigations of companies where they complain about the companies having hired people with negative background issues, things like this incident or criminal history or negative job history. The company my not have found this in a standard or legal background check, or may have been willing to offer the benefit of the doubt, but that doesn't matter to the investigators. It isn't all up to the employer.

ADA is kind of ineffective for something like bipolar disorder or other mental illnesses. I think what would be more effective is to have a third party (that is aware of the disability) report the accommodations to the employer (without disclosing the kind of disability) would be more logical. I guess you could go up to your employer and ask for accommodations for your bipolar disorder, but I would think some employers might try to get rid of you after that. Or there might be attitude issues. Would the employer even know what accommodations would be necessary?

I have both auditory and visual processing disorders (oh yeah. I'm good. I was blessed with both!), so I was allowed to use a recorder in college classes. I also am allowed to sit in the front row, but I didn't have the school add that in because I felt like I didn't need it. The school offered to add it in as an accommodation before classes started, but I told them it wouldn't be necessary. The recorder always works well, so I don't have to be in the front. But there was one prof, I have no clue why, but the recorder would not pick up his voice. And it usually picks up even from the back of a room. I actually think it was the design of the room. His voice didn't carry. So I asked him if I could leave the recorder up front, because the front row is always filled and I couldn't get a seat. He asked me when I was showing up for classes. I told him about five minutes before. He told me to get to class earlier so I can just sit in the front :/ Next time someone offers me accommodations I think I don't need, I will gladly take it! That was the first and only time I ever requested accommodations from a professor instead of just having someone who works for the school send the prof a notification of accommodations he needed to provide.

Personally, I have a good feeling about Jason Russell. And I don't think it's just me being overly optimistic. I don't know about the other two incidents. I saw the footage of him naked in SD, and I also saw how his organization and his wife are standing by him. I really think he's gonna walk away from that with a full career ahead of him. He has a lot of support and his supporters are trying to make it sound better by saying dehydration could have caused it, etc. He seems pretty well protected.

Oh man. My heart goes out to these people. At the same time, if I was psychotic or delusional during one of my episodes and it was broadcast in a big way, when all was said and done, I would probably find a remote island somewhere, to live.

Oh well. I have been psychotic and delusional. It turns out that there is no island to which I can retreat. People know. It has not been broadcast over the air. That doesn't matter. I think you have asked tow different questions, the first is whether one will be allowed back into the fold after such an episode has been publicized. the second is whether it is possible to recover from the episode. You can never go back in the same way that you cannot be a virgin twice. It is possible to recover. Some people never go on to have another episode. At the same time they must live with the reality of the quote with which Clink ended her column. It is very sad or at least it makes me very sad.

sorry if i posted this previously... i think i just "previewed" it...

i've never been delusional. but i used to work at a school; at the same time, i was deeply suicidal. i'd get online to check my e-mail and end up surfing for ways to kill myself without even noticing the transition. one afternoon, i cut myself before an evening event. when i got there, i discovered that my leg had bled through my pants. i was able to leave before anyone saw. still, even writing about it here makes me feel nauseated. i experience a lot of shame when i think about this incident- especially when i think about how much worse it could have ended up (passing out, an ambulance coming to school, etc).

i can't imagine how much worse it would have been if my administrators, colleagues, and clients had found out about it, let alone if it had made the national news. i hope each of these individuals is able to recover and either continue on with their chosen career path or find a new career they find richly rewarding. i hope they realize that there are those of us who empathize and are sending no judgment, but only love and support, their way.

I remember having a shouting match with a co-worker that crossed halls and dept's, (she followed me, we didn't yell across the hall, the match went from one end of the building to the other).

I think this was towards the end of the only job I held longer than a year, a 3 year job . . . i got in a lot of trouble but did she? nope!!! i was pissed at the double standard.

this behavior was unusual for me, the only other time in my life i've shouted with someone was, well, i'm not proud but i'm my defense I was 4 mo's preggers at the height of some hormones and anyway i called my mean SIL a bitch. only time in my life i ever did that. i apologized within a few minutes (years later she wrote me an email calling me a wate of space and a human being, among other things.)

my last six months at that job was a downhill spiral of behavior i didn't understand. less than a year after that job i did some very risky stuff, and really lost myself for a year or two.

anyway, there was no coming back from all the irritability and stuff at my job, but most esp. once i saw the double standard they had, it sort of brought out the worst cause i knew they were never going to be fair, i think, subconsciously.

I would imagine that HR for the respective airlines will mail these employees the paperwork for a long term disability claim and then call and encourage them to take all the time they need.

All the time they need being permanent. I am not sure if I could function and return to work after sucha PUBLIC psychotic break. And it takes a long time to recover mental health and stability from such a manic psychosis, from my Bipolar 1 experience.

I believe the are some things there are no coming back from, lucky for me I have not had any episodes during work.