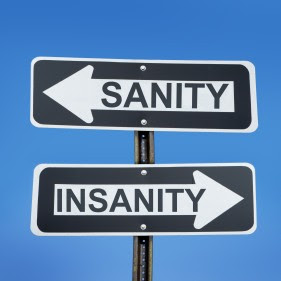 Here's my followup to the post I started yesterday.


If the insanity defense were reformed (again), you'd have to decide which new legal test you'd use. A legal "test" is a written definition or standard. In general, there are two insanity tests in common use: the ALI test and various derivations of the McNaughton test. The McNaughton test states that a defendant is insane if he is unable to understand the nature or quality of the act, or---if he did understand the nature of his actions---that he didn't understand that they were wrong. In 1955 the American Law Institute (A.L.I.) wrote the Model Penal Code in an effort to make criminal laws uniform across the country. The Model Penal Code's insanity test, also called the ALI test, states that a defendant is insane if he "lacks substantial capacity to appreciate the criminality of one's conduct or to conform one's conduct to the requirements of the law". It has two parts, a cognitive standard and a volitional or behavioral standard.

Here is a link I posted last year to a state-by-state break down of insanity standards. It's a little out of date; Kansas is listed as using the McNaughton test but they have since abolished the insanity defense.


Frontline did a nice series a while ago about the insanity defense and they have a summary of the historical tests here.
Posted by ClinkShrink on Sunday, January 13, 2013

This is so interesting. Could you explain, Clink, what types of cases led people to want to change the McNaughton standard? Why was being unable to follow the law added by the ALI, rather than leaving it as understanding the criminality and that it is wrong? There must have been important cases that struck people as not fitting into the McNaughton standard.

Thanks - this is indeed an interesting subject that is opaque to most of us.

Many states still use the McNaughton standard or a variation of it. The ALI test is also derived from McNaughton, with the term "criminality" substituted for "wrongfulness." Some states require only "knowledge" of criminality while others require "appreciation" of criminality. It's the difference between a cognitive understand of a fact ("murder is a crime") versus a moral or ethical judgment ("it's OK to murder if it will save the world"). The volitional prong was added to address situations like mania, where cognition and appreciation remains intact but a manic drive overcomes the person's will ("I know it's wrong but I can't help it!"). Volitional loss of control is a lot harder to prove than cognitive disability. How do you distinguish between an irresistible impulse and an unresisted impulse? So far I don't think I've seen a successful case (or maybe one in 20 years) based on the volitional test alone.