No Mandatory Reporting in Maryland 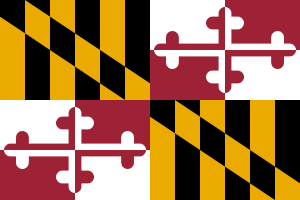 The legislative session ended here at Midnight.   Maryland repealed the death penalty, added a gas tax, and has sweeping gun legislation that bans assault weapons & requires licensing with background checks & a gun safety course, and limits magazines capacity to 10 rounds. Medical marijuana is now legal but with the limitation that it be prescribed through an academic center and with a number of stipulations that include failure of conventional treatments.  Even I can live with that.

There were more mental health bills related to gun legislation than I care to discuss.  Most of them went quietly away.

Mandatory reporting of patients who are "likely to be dangerous" did not get incorporated into our Firearms Act.

If I'm right on the final version (and I may be back with an update here), the following people must be reported to the NICS database:

To get your gun rights back, there are still a lot of hoops to jump through, including getting a psychiatrist to certify that you are safe with a firearm. I haven't checked the details on that one yet, I think it's toned down a little from the original and may not ask to have the future predicted, but I still think it may be a hard call to find a psychiatrist to say you're safe with a gun.  Guns are to shoot people with : is anyone safe with one?  Good luck finding a gun-certifying shrink, and please don't call my office with that request.

It could have been a lot worse, especially when you look at what was proposed, including psychiatric assessments for gun ownership for every psychiatric inpatient immediately upon admission.  I'm glad I ranted everywhere I did in print,  and I'm glad I went to Annapolis twice. I'd like to believe it helped.  Our MPS legislative chairs, Dr. Brian Zimnitsky and Dr. Jennifer Palmer did an incredible job and spent countless uncompensated hours on this.  Brian was in Annapolis during the workday, late into the night, and on at least one weekend.  Our lobbyists, Lisa Harris Jones and Sean Malone and their intern-extraordinaire, Philip Cronin, were terrific, I hope they are off having a beer somewhere.

I'll know more later, and I'll amend this post at the bottom if I was wrong about the final issues.

MD is not the first state to provide for restoration of firearm rights by psychological/psychiatric evaluation. Some treating professionals will undoubtedly, as they often do now, simply sign any form that their patient shoves under their nose. Those with forensic practices will quickly spread the word that they will opine that almost anyone might have their rights restored for a substantial fee. No one in their right mind (?) will seek an opinion from a psychiatrist who might go either way. It will be predictably (?) rare that anyone who obtains such an evaluation will actually shoot themselves or anyone else. But if they do, you can be sure that psychiatry, not the morons in the legislature, will take the blame. Any physician who undertakes such an evaluation need only add a disclaimer to the effect that the evaluation is only valid at the time it is performed and that intervening events or passage of time will absolve the evaluator of responsibility.

Congratulations to Dinah, Jennifer and Brian for helping to achieve this result. The government of Maryland really came through. We may be a small state but we have a great deal of good common sense. Bravo Maryland!

I think you guys are fantastic in fighting for your patients' rights as you have done, but am curious as to what you think about this recent debacle to come out of New York in relation to their SAFE Act?

---------------
BUFFALO, N.Y. — Thursday, a state Supreme Court Judge ruled guns seized from David Lewis, 35, must be returned to him after he was incorrectly identified as violating the mental health provision of the SAFE Act.

“We know that from the health care agency to the State Police, there was some kind of breach,” said Lewis’ attorney, Jim Tresmond.

Tresmond says his client was ordered to turn in his weapons last week because he was once on anti-anxiety medication, which is a violation of the SAFE Act. Wednesday, State Police informed the Erie County Clerk’s Office that it made a mistake when it said Lewis was in violation of the state’s new gun law.
------------

Thankfully, he’s getting his guns back… **for now**. But really: They’re Taking Away Guns From People For Having ONCE Been Prescribed ANTI-ANXIETY MEDICINE.

I am a widow in my 60s, I have been a shooter for over 40 years, I do own guns both for sport and for safety (I live alone), I have never broken a law. But because after my husband died unexpectedly 9 years ago I sought counseling, and was given a few weeks' worth of some sort of tranquilizer/anti-anxiety drug to help me get through the immediate aftermath, if I lived in New York that would be enough to get me put on a List of Citizens whose Second Amendment Rights Must Be Suspended???

This sort of thing WILL stop gun-owners in New York from seeking any kind of help with psychological problems they may be having, believe you me. And it may stop people elsewhere as well, as they could be afraid that those same laws COULD in the FUTURE be introduced in THEIR State and it takes into account all your PAST interactions with mental health professionals.

In fact, don't send your son or daughter to counseling unless you are willing to risk them being banned from ever owning a gun for the REST OF THEIR LIVES. Who wants to be responsible for getting their child's name put on a Government Crazy-Person List for the rest of their lives?

I'm sorry for the rant, but I don't see how the mental health professionals of New York even let this get through. What were they thinking?!

Apologies, I meant to put a link to the article I was talking about. It is here.