Should Insight (or "Anosognosia") be Considered in Involuntary Outpatient Treatment Orders? 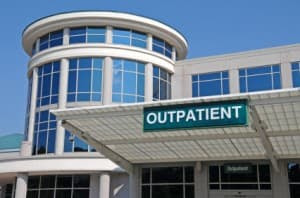 Today's post can be found over on Clinical Psychiatry News where I address a NAMI member's concern's about anosognosia and forced outpatient care.

You may want to read the article she was responding to first, and do check out the comments on that article:

Is Forced Treatment in our Outpatients' Best Interests?

By all means, return here to tell us your stories about AOT.
Posted by Dinah on Saturday, February 22, 2014

Well said, very well said! I agree with you on the AOT and insight, it's not all black and white. Some people do lack insight, but take their meds. For me, it's psychotic depression and it sucks! A lot, I'm better on meds then off. Had to go off because of lack of insurance.

And forced treatment does come with that cost. As does not being honest with a patient about a diagnosis (which sadly happened to me).

And Ms. Burton's comment, "You do not need to waste your time trying to figure out why your treatment is not palatable to this particular group of individuals. NAMI MD families can tell you, you are asking the wrong question. It has nothing to do with palatable services and everything to do with anosognosia." I'll admit it makes me uneasy. The concerns of patients need to be addressed, no matter what disorder they have. Even if the psychiatrist thinks they are bogus they need to listen.

So I do appreciate you saying that psychiatrists do need to listen. I really do. And also, I think talking to people with mental disorder's, no matter what kind, can teach you more about the disorder then any textbook (not that textbooks are not good). Because (for example) psychotic depression did not read the textbook on psychosis.

Oh, and if AOT is used for people who do cycle in and out of jails and can get them resources, great, but they still need to be palatable. Sorry if that offends anyone, please don't jump down my throat!

I appreciated your questioning this use of anosognosia.For me, it represents the worst type of reductionism in our field and this is the point I try to make.
For anyone interested in reading more, here is a link to a blog I wrote on MIA;
http://www.madinamerica.com/2012/08/anosognosia-how-conjecture-becomes-medical-fact/
And here is my response to Fuller Torrey's response to me (it has a link to his post):
http://www.madinamerica.com/2012/10/response-to-fuller-torrey/

All I could think of when I read the comments in response to "Is Forced Treatment in our Outpatients' Best Interests?" was how glad I was that those responding were not my doctor or family, because if they took that kind of attitude with me that my thoughts and feelings don't matter I wouldn't be in treatment today.

Approach to patients does matter, even if the patient is psychotic. Patients can have long memories. Elyn Saks remembers how she was treated. I remember how I was treated.

I think to automatically discount a patient's opposition to treatment and blame it on anosognosia shows how little those folks know about their patients or family members. For example, even when I resisted treatment I had core beliefs. Prior to getting sick I was involved in Amnesty International in college. My opposition to force was a core belief for me, it wasn't anosognosia. To blame anosognosia for my unwillingness to cooperate with someone who had a bad approach shows lack of insight on their part.

The only reason I am on medication is because of the therapeutic alliance, the relationship. Had he responded, with force, busy telling me how it was going to be, I would have told him where to shove it. He did not respond that way, he got to know me. It took him months to get me on antipsychotics, I was resistant for a whole host of reasons, but he kept trying in a way that respected my concerns, thoughts, and feelings.

I also think that it's easier to tell a psychiatrist that, "I don't need that medication," than it is to admit to fear. What does it mean that this doctor thinks I need an antipsychotic? What is it saying about me if I accept that I need it? Does it mean that the doctor thinks I'm a lunatic? The embarrassment around picking the antipsychotic up from pharmacy, what will they think of me? What if they say the name of the drug out loud and other customers hear it? What if I have side effects that are permanent?

It's not easy for some patients to accept that they need an antipsychotic and to admit to some of the fears they have about it. I think the more astute psychiatrists don't just assume when the patients resist that it's anosognosia, they are able to dig a little deeper. I was only able to admit to some of the fears that I had once I trusted the psychiatrist. I didn't admit to it at first, I just kept repeating that I didn't need the medication to try and make it go away.

Below is a follow up to a previous video link I posted. I thought it was relevant to the conversation about the problem with assuming patients who refuse treatment have anosognosia. He makes a very coherent, articulate argument about his wish to not be forcibly sterilized or exposed to a risk of diabetes which the drug causes. I think it would be hard to argue his refusal is due to anosognosia.

And here is a story about an 82 year woman in Canada with the support of her family eluding medical authorities like a fugitive to avoid ECT. Yeah, she really has anosognosia.

1. Describing AOT as "forced" demonstrates a misunderstanding. AOT is a way to reduce force. It is the last off ramp before patients are put into locked into involuntary commitment wards or put behind locked cell doors.
2. AOT is almost always "coereced treatment" not "forced" treatment. The court coerces the individual to stay in treatment. AOT specifically excludes forcing treatment, because the conditions under which that can be done have been well-defined in Supreme Court Decisions.
3. What AOT does do is allow people to be evaluated for treatment slightly earlier than they might otherwise be alllowed., i.e, when they are 'likely' to become danger to self or others, rather than after they become danger to self or others. This is allowed because individuals under AOT have a past history of problems that makes this an appropriateuse of state's police powers and parens patraie powers.
4. Forcing people who have failed to comply with treatment to be evaluated to see if they meet existing commitment criteria is almost never used. (And that is the only 'force' AOT allows.) People in AOT do well. Very few ever need to be removed for evaluation.
5. It is wrong to say AOT is "forced treatment"

I have heard the "limited insight" label used even in voluntary patients who self-refer for treatment.
I find it absurd and disrespectful.
If I had not seen the stigma and disrespect with which psychiatric patients are treated -- even if for something as common as depression -- I would not have believed it myself.
It is truly unbelievable, and there are consequences to the future medical care and insurability of labeling someone as having "limited insight". And yet complaints are vociferously and vigorously defended against -- after all, a patient must have a "vendetta", lacks insight, is "splitting", etc. Again, it is just truly, unbelievable but beyond that it is heart breakingly sad.