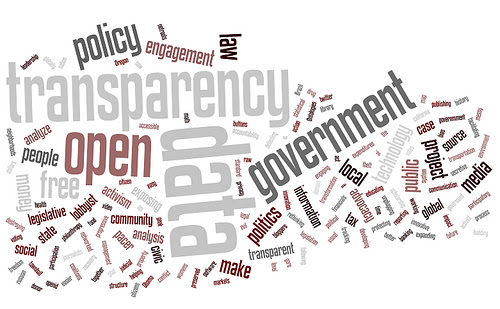 Today's post is over on Clinical Psychiatry News where I wrote about
"Privacy or Transparency: Maryland psychiatrists speculate on Medicare payments and their accessibility to the public."

Please surf over there to read, then return here if you'd like to comment.  The CPN site is not taking comments lately.
Posted by Dinah on Saturday, April 12, 2014

I'm all for transparency. I looked myself up and since I worked (at that time) for a non-profit HMO I am listed as "0". I did see lots of Medicare pts during that time period but I wasn't personally profiting.

From what I can tell it is not a very user friendly format. I was interested and downloaded the massive Excel spreadsheet from CMS. Maybe it was my technique but after 1 hour of searching on my name I had made it only halfway through the sheet and gave up. If they really want transparency they should have an interface that can rapidly search their database rather than a massive spreadsheet.

I suppose if the government pays us, it has the right to tell the people what it pays us. We don' generally make as much money as other specialties and there's nothing really wrong with people knowing that.

Here is my thinking: I myself Opted-Out from Medicare so there is nothing that affects me in this. Medicare is essentially insurance paid for through the government. Unless one Opts-Out one has no choice but to participate or at the least accept the government fee schedule.

The doctors who participate were never in the past told that their reimbursements might be made public. This decision affects them after the fact. It reveals not only the gross amount they got but the breakdown by procedure.

How could this information hurt the doctors? First, it could affect which doctors are chosen to be included in a group or organization. Included because they tend to do certain higher priced procedures, or excluded for the same reason, not for other professional reasons. It is a fact that hospitals monitor the RVUs of each doctor, but this makes those comparisons even easier for administrators. Let's choose Dr. X over Y because he will do more procedures that make us more money, etc. What about if the Board of Physicians of any state chooses to investigate doctors based on their reimbursements, without any other reason?

If that information helped me choose a physician perhaps it would be useful, but that is not helpful to the consumer unless the doctor is an outlier, and still it does not give explanations.

And I can easily see how those numbers could be exploited by a plaintiff's attorney in a malpractice trial. We might be certain that people who have reason to exploit this information will look for ways in which to do so.

Doctors have taken huge hits lately in terms of their independence. They are often now employees rather than independent professionals, and are losing any control. Yet we are considered professions with appraise sanctions and consequences for less than professional behavior.

In no other field do you see this kind of detailed release of information. I don't know how many clients my accountant has, how much Blue Cross paid my dentist, the details of reimbursements from insurers to auto repair shops, the numbers of tickets issued by individual policemen, or even the number of souls saved by individual priests. Perhaps we should all be able to find out the income of everyone, as well as the breakdown and tax deductions. Is that the next step?

So here was a release of significant information without public discussion beforehand, which might hurt people who are honest and hard-working. I think it is naive to think we can quickly see all relevant consequences. I might be wrong, but my hunch is that in time I will be right.