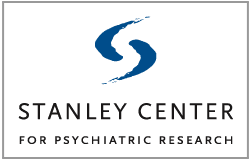 From the New York Times, In Spark for a Stagnant Search, Carl Zimmer and Benedict Carey write:


Late on Monday, the Broad Institute, a biomedical research center, announced a $650 million donation for psychiatric research from the Stanley Family Foundation — one of the largest private gifts ever for scientific research.

It comes at a time when basic research into mental illness is sputtering, and many drug makers have all but abandoned the search for new treatments.

Despite decades of costly research, experts have learned virtually nothing about the causes of psychiatric disorders and have developed no truly novel drug treatments in more than a quarter century.

Broad Institute officials hope that Mr. Stanley’s donation will change that, and they timed their announcement to coincide with the publication of the largest analysis to date on the genetics of schizophrenia.

Let me also encourage you to listen to the podcast linked to this article.

Play
A family pledges one of the largest private gifts ever for scientific research; why we may never have all the pieces necessary for a theory of everything; sleep apnea tests can now be taken from the comfort of your bed. David Corcoran, Michael Mason and Joshua A. Krisch