What Happened to You in the ER? 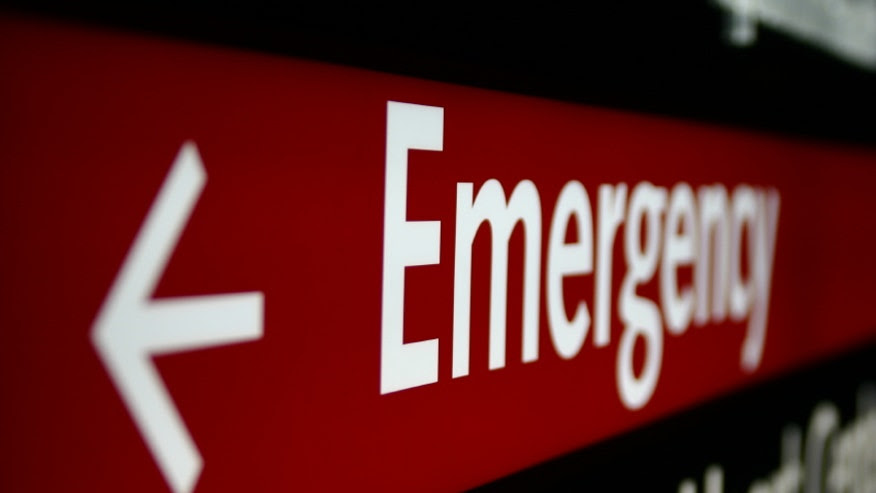 I'm writing about what happens in the Emergency Room from the perspective of a psychiatry resident (the doctor who is training to be a psychiatrist).  I'd like to include  a couple of quotes from patients who have been through the experience of going to an Emergency Room with a psychiatric crisis. They would be short quotes -- though you're welcome to tell me the longer story.
~The ER visit needs to have been within the last 2-3 years
~Must be in the United States only
~I'd need the name of the state
~I might want to talk to you to verify that you are a real person
~I would not include your name or any identifying information, but you could make up a pseudonym.
~Of interest would be how many hours were  you in the ER and who did you speak with there? Did they share with you their thought processes on disposition -- for example, "I'm afraid you're at risk so I'm admitting you,"  or "I'd like to admit you but there are no beds,"  or anything along those lines.
~Thank you for adding your voice!

On a related note, there has been a lot in the news recently about "boarding" in psychiatric ERs and you may be interested in this article about ER boarding in The Orange County Register by Bernard J. Wolfson: Psych Patients Pack Emergency Rooms
Wolfson writes:

Once they get to the ER, patients with mental health disorders are are often held without treatment for many hours, or even days, while they wait for a psych bed to open up – or for an assessment to determine they don’t need one. In an ideal world, those patients would be seen much more quickly, by qualified professionals, in a setting intended specifically for handling urgent psychiatric cases.

most docs have been pretty reasonable and nice.... most of the time when i have gone to the er for stitches, they have talked to me, seen that i wasn't suicidal, and let me go. it was typically obvious admission was coming other times, because i had overdosed or something like that....

a few years ago- "i don't really think you need to be admitted, but since your psychiatrist wants me to admit you, i'm going to."

and another that year- "after i'm done stitching you up, i'm sending you to psych emergency to talk to the psychiatrist there."

my worst was too far back. i was 18, in 2003. i told the psychiatrist who examined me that i was feeling like harming myself, and he asked, "what do you want me to do, tie your hands behind your back?" he sent me home that night, and i took like 90 pills- otc pain killers, allergy meds, and psych drugs. that ass hole could have helped me, and i was just a dumb kid........ that still makes me sad to think about. i felt horrible and thought they might help, and i was treated like garbage. i'm glad to have seen since then that there are a lot more people who truly care and want to help, and that this guy was truly an anomaly.

Anon, thank you -- it sounds like pretty mixed experiences. Anyone else?

I'd like to add a question: Did any staff person in the ER attempt to contact your outpatient treater(s) and did the treater(s) respond?

It's too bad I miss the 2-3 year cut-off a bit. I could tell you some interesting stories. :)

14 hours in the psych section of the ER - NOT the CPEP, that was full - with guards (not nurses). There were people there screaming through the night, a man who had cut his toes off, two men who got in a fight and were sedated. The resident I saw in the middle of the night was very kind, but when I asked to leave she said I had been too honest with her and if I tried to leave at that point she would hold me involuntarily, and I "did not want to be an involuntary patient." The resident I saw the next morning was not kind. I felt looked down on and like she was trying to trick me into becoming an involuntary patient because she kept asking if I wanted to leave.
I'm an ivy league educated professional dealing with depression for twenty years.

I live in Northern Georgia, and my last ER adventure took a little over three hours. My now ex psychiatrist met me there, and yes, she shared her thoughts. I also shared mine. You see, I had called that day, having just returned from Florida, to make an earlier appointment and advise her that I had stopped taking my new medication. I felt that it had made me depressed, and I thought we should consider something else. I thought I was being responsible. She called me right back and demanded I either drive myself to the ER or she would have an ambulance sent out and have me taken into their custody. I initially refused, but when she started timing a count of five, I got nervous. I was angry when I got there, and she kept saying, well, I really think we should admit you so that we can better manage your emotional state.

Hi - I visited the ER in New England earlier this year for SI. I wasn't admitted, but the entire experience was traumatic and extraordinarily humiliating. I can share additional details via email if you like.

Hi,
My name is Lori. In Feb. 2014 I presented to the ER @JHH in Baltimore, Md. for worsening depression and SI. I arrived there Fri. afternoon and was transferre4d to a unit bed Mon. @ 2am. I spent my time there on a stretcher isolated in a room with a closed door, my only contact with staff was to deliver and remove meal trays or when I ventured out to use the prison-style communal metal toilet. No meds or talk was offered. Late Sun. night a pdoc (I think) informed me that even though I had signed in voluntarily, they had "committed you in case we needed to transfer you." It didn't really sink in until later and I was angry. I had come to JHH because I was admitted there the previous year and felt somewhat less frantic and I felt betrayed because no one bothered to discuss this with me. It didn't fell like collaboration, it felt like a kidnapping.