Do You Google Your Psychiatrist? 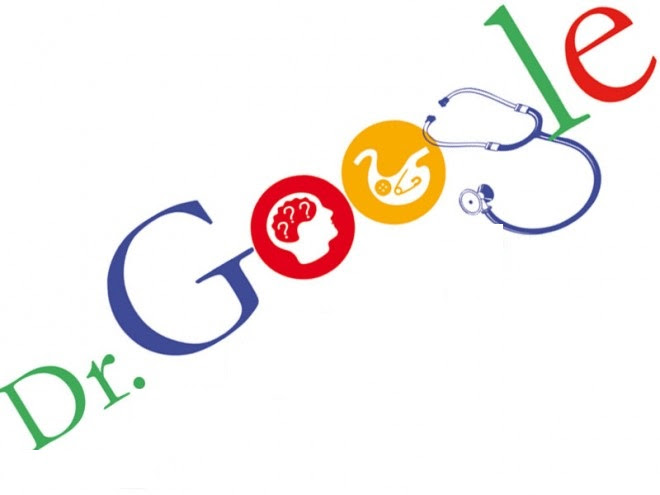 In psychoanalysis, one of the important principals is that they analyst is a so-called 'blank screen' for the patient to project his/her issues on for examination.  It requires that the psychiatrist remain a bit anonymous, and from this we have the tradition that the exchange of information goes one way in psychotherapy.  There are other, more bland reasons for this as well-- the therapy should be about the patient and the sessions should not be about the psychiatrist, and the doctor is entitled to  privacy.  Different psychiatrists address personal questions in different ways, and I'll tell you that most of the time, I just answer them. I'm neither a psychoanalyst nor a blank screen.

The New York Times opinionator section has an article called -- you guessed it -- Do you Google your shrink? which talks about how Google and the internet have changed the practice of psychiatry.  Blank screens are no longer an option, and Ana Fels writes:

I knew my psychiatric practice was forever changed the day a patient arrived with a manila folder stuffed with printouts and announced that it contained the contents of a Google search that he had done on me. He pulled out a photo of my mother and me, age 7, that had been published in my hometown newspaper; architectural plans for an addition to my house that was never built but apparently was registered locally by the architect; an announcement about my great-grandfather’s becoming editor of Amazing Stories magazine in his old age; and my brother’s history as a college activist.

People are funny in what they want to know.  One patient Googled me before our first meeting and found a review I'd written of a novel on Amazon.  She liked the novel, too, so she decided I must be okay.  Hiding isn't an option anymore.  And patients often know that I write.  I've had Shrink Rap quoted to me.  And the truth is that I am who I am, I can't live my life in hiding or give up writing, blogging, or tweeting because someone might learn something about me.

So do you Google your shrink?  And what interesting things have you learned?
Posted by Dinah on Wednesday, April 08, 2015

I don't google him, but I do look up his research articles in pubmed. And I did look up his profile on the resident website when he was in training to see where he went to college and medical school. I consider that part of the public record. I don't want to invade his privacy.

Check out Bruce J. Lewin's response in letters to the editor:

Please print this letter so that when my patients Google me they will see that their psychiatrist and psychoanalyst has been published in The New York Times.

In all seriousness - I filed a formal complaint with our state board and won a medical negligence suit against a previous psychiatrist. I hope to God that anyone considering seeing that psychiatrist checks her out online first -- and I certainly wish I'd had that information before embarking on years of chaos and disability.

See this post by Martha Crawford, LCSW for a beautifully written commentary on therapists writing without a pseudonym:

Anon -- thank you for sharing Martha Crawford's article -- it is indeed beautifully written and I loved it. Now to tweet it.

I googled my internist and my psychiatrist prior to my first appointment. I also looked them up on the medical board website. I was only interested in finding out if there was anything out there to indicate that they had been in some type of legal or ethical trouble.

Here's what I learned from googling my psychiatrist:
1. He once gave a talk on some unknown topic at a NAMI meeting.
2. He has served on a couple of medical related boards.
3. There are at least 5 other physicians across the US who share his name.
4. From the state medical board website I know where he went to medical school, where he did his residency, and that there has been no board action against him.
5. I read patient reviews on the sites where patients can rate physicians.
6. I learned he doesn't have much of a digital footprint.

The patient in the original post who kept a folder with pictures of his shrink and printed out the shrink's house plans is super creepy. He needs to work on his boundary issues.

I've googled mental health and medical providers, mostly wanting to know they haven't been in major ethical trouble. Found a few other random links, where one provider worshipped, honestly wasn't looking too much and stopped there to respect her privacy.

As a practicing psychologist who spent years doing crisis oriented stabilization, I must admit I've also googled patients a few times when I've either suspected significant criminal/sex offender issues (gotta say my radar there has been pretty accurate, and still continued seeing them, didn't raise until or unless they did, although usually eventually came up in some way) or when I suspected someone was trying to pull the wool over my eyes a bit.... very few times honestly and I've resisted doing so for a long time as I'd rather form my own impression, but I also can't say I regret doing so for basic info...

Dinah
I googled mine, because I was after a certain type of therapy and I wanted to know whether it is something that he does. This was many years go. I have not done it since then, because I wanted to develop a relationship from the scratch and not on preconceived ideas. I wanted to do it on my own merits. I wanted to respect him...and many years later, I have never looked back. I am very grateful for him.

Living in a new area, I have used google and state board sites to find info on potential providers. I had some criteria in mind - board certified in internal medicine, age range (in their 40s - old enough to know what they are doing but young enough so that they are not likely to retire/switch to concierge, etc. too soon.) Hospital 'find a doc' sites tend to set you up with whoever is new in a group practice and needs to fill a patient panel.
Checking publicly available info is not wrong...but purchasing info that is not publicly available is wrong...in my mind. Digging deep enough to find layout of someone's home - i know how to do it but never would - and knowing someone might do it to me gives me a shudder. I think providers do need to be very careful about their online information, and consult with cybersecurity/identity theft expert if they are in doubt. Preventing a stalker is much easier than getting rid of one.

I hadn't, but I have now.
I knew my psychiatrist was young, but I didn't need to know she is only a few years older than me.
Thanks! :-(

I always google a doctor before I see them to see what reviews are like for them. It is inevitable that other info turns up, but it is not info I would mention to my shrink or use in any way. When I generically googled mine, I got the reviews I was looking for, but also got his home address, phone number, when and how much he bought his house for, alumni affiliations, photos of his wife and children, and where his kids go to school. It is just the way of the internet these days.

Not sure why googling shrinks is being regarded differently as say, teachers. Or any other kind of doctor.

The internet exists, now. It is incumbent on anyone who cares to be mindful of what information is put out there, and to contact the websites if they would like their info removed. There is no reason to hold psychiatric patients to a higher standard then anyone else. Additionally, I find it troubling that people are seeing no problem in psychiatrists googling patients as par for the course in crisis settings. Teachers don't google severely emotionally disturbed students, or their severely emotionally disturbed parents. Why does a psychiatrist have a premade view of his patient? It is up to the patient what to disclose or not to disclose. I am not dangerous or violent, sociopathic, "borderline," or manipulative, med-seeking or attention seeking. If I seek care in an ER (as I have in the past, for severe suicidality), it does not become the "right" of the attending psychiatrist, social worker or resident to google me and learn about my religious practice, profession, place of residence, etc. This would never happen for a "medical" emergency. If shrinks would like to be viewed as medical doctors, then they need to hold themselves to the same standards.

I wish I had googled my last psychaitrist before paying her tens of thousands of dollars to provide unethical and incompetent medical care (I later won a lawsuit against her). You'd better believe I will google every mental health professional I will ever see again. If the information is available, I deserve the opportunity to know it in order to make a well-informed decision about who to trust my life, brain, and heart with. Moreover, it is not the right of future psychiatrists to know that I won that lawsuit or my history of psychiatric care unless I choose to trust and share it with them.

In short, googling shrinks is best practice and a necessity for perspective patients.
Shrinks googling patients is a trust violation.
Both patients and shrinks should be aware that information is public. If either doesn't like it, take it upon yourself to have the information taken down.