Another Mass Murder Spurs Many Responses 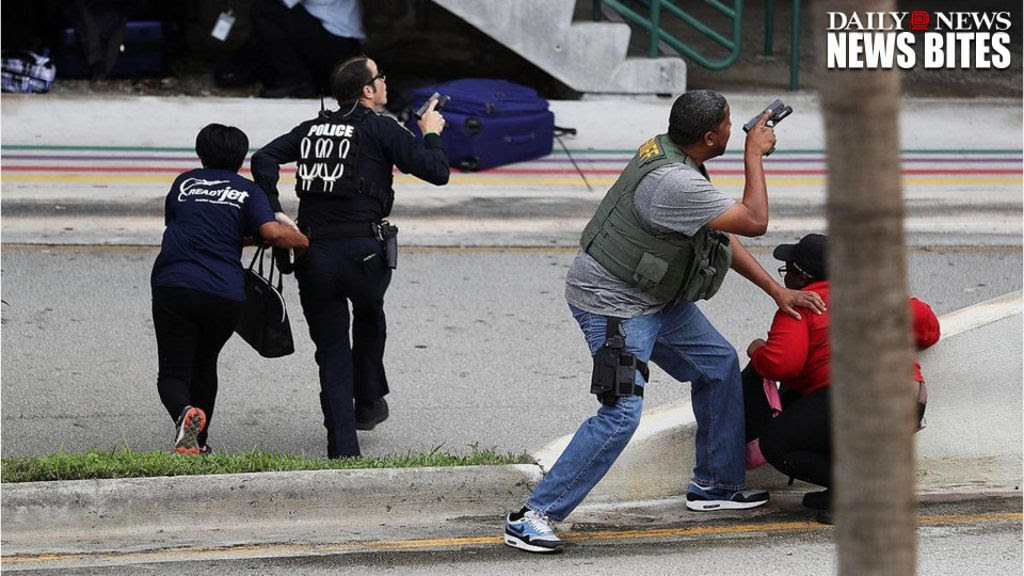 Almost two weeks ago, it happened again: a man with a history of psychiatric symptoms opened fire and killed people in the Fort Lauderdale airport.  In our book, Committed, we have researched and written about mental illness and violence, guns, and specifically addressed the question of Can Forced Psychiatric Care Prevent Mass Murders?

Pete Earley, on his blog, offers the idea that it would help to change the standard for involuntary care from "dangerous" to "a need for treatment."  You can read Pete's blog, Another Mass Murder With Plenty of Warning Signs: We Need to Address the Dangerous Criteria.

But ClinkShrink doesn't agree with Pete that the issue is one of who we force into care. She says we'd be safer if we took guns from people who exhibit dangerous behaviors, not specific diagnoses. Pete's always up for a good debate, so he asked her to write about her ideas and posted them on Dr. Hanson Offers A Different View About Mass Murder and The Dangerous Criteria.

I have my own thoughts on all of this.
In Clinical Psychiatry News, I wrote an article directed to mental health professionals in Analyses of Fort Lauderdale Shooting Need a Reset and in the  The Baltimore Sun, an Op Ed article Tragedy Again Spotlights Mental Illness.

There have been so many articles by other people attributing mass murders to everything from terrorism to mental illness to guns to  psychiatric medications.

One that stirred me was an article in the Sun-Sentinel by Congressman Timothy Murphy, who drafted the Helping Families in Mental Health Crisis Act (now passed as the Mental Health Reform Act of 2016) as a response to the Newtown tragedy of 2012.  In his Op Ed piece, System Failure: Not Treating The Mentally Ill Has Consequences,  Murphy makes  assumptions about the sequence of events in the Fort Lauderdale shooting that we just don't know.  I responded to his article on Psychology Today in  Laws To Force Treatment Are Not the Answer to Mass Murders.

So if you haven't had enough of us (!) we were on a local NPR 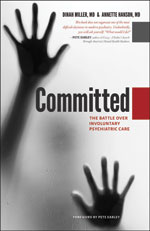 radio affiliate this morning-- Sheilah Kast's On The Record--  talking about our book and you can listen on WYPR's website HERE.

Last night we taped a segment for Forward Motion, a Montgomery County, Maryland television talk show with host Karen Allyn that will start airing at the very end of January and we'll post a link when that is up.

And we are enjoying our 15 minutes of fame, even if it's on disturbing, but very important, topic.  As somber as this all is, one thing I don't think we get across is that Committed is about people and their stories, it's not just research and facts, and the book is meant to be accessible and compelling to anyone interested in the topic, not just psychiatrists.

This one is muddled, but, I see much irony in the story line from "The Dark Knight" how the Joker used the mentally ill to be his henchmen, and now we see the reality of ISIS seeing this population as a resource as well.

Comes back to what I have been preaching for years, and lately with my work in State facilities, letting the antisocials be entrenched on units only aids and abets the personality disordered who have no interest in care or change.

Psychiatry better wise up to a much higher level than we think we are operating these days. The question for me is simple, when are we going to stop being pawns and instead being tough and committed advocates who know better, and do better!?

What does the Cuban contact in "Die Another Day" say to Brosnan's Bond when Bond tells him he is after a terrorist? "One man's terrorist is another one's freedom fighter".

I guess we have to figure out who is the terrorist versus freedom fighter...

Perspective is often jaded though, eh?

Can Forced Psychiatric Care Prevent Mass Murders? Well, In the Kenya setting, especially recently mass murders have a terrorism angle to them.... We do however have murders that even though singular, (not mass) are as a result of mental illness in the perpetrator....
Early diagnosis and in essence mental health literacy would be the way to go. While we can to some level predict dangerousness, we cannot on the other hand guarantee it. We would be forcefully administering care in general but not with the angle to prevent murder, but get the person well....
Will look out for the book "Commited"